When I firsts arrived in august I expected to be swamped with homework. I also thought all the teachers where going to be very mean and strict. but soon I realized that I was right about the teachers sum of them where very nice and would be very easy graders and would give out candy if you got the problem correct.but some of the other teachers where what i expected mean and very hard to please. i also was not right about the homework i had very little and most days i even finished it in wildcatime.

By october my life was pretty good i was finishing all my homework quickly and i had all A or higher in the grade book. in 7th grade I learned taut playing sports for your school is lots of fun because you have practice every morning nut it is also a lot of hard work. all of your classes get a lot harder mote homework harder tests and even choir hot harder. nut overall you still do not have that much homework. as the year comes to a close I am happy that i will soon be a 8th grader and will be able to play sports for my school agin. my advice to next years 7th grader is to always do your homework on time in mrs.schoch class.

Last week me and my basketball team played in a very game basketball game. As we see them walking in we all think we should kill this team. In the first quarter we get off to a hot start and we score four points and at the end of that half we are wining by a dozen. So we think are prediction was right we really will kill this team I was sitting on the sideline happy that we where finally going to when are first game of the tournament.

The second half gets off to a good start and we score two quick points. then the unthinkable happens they start there come back they start playing great defense and my team can’t even get the ball past half court they get in a role hitting there’s and making layups. At the start of the 3rd quarter we are only up by six points they keep there good defines going and they tie the game up with only a fifty seconds left my team has the ball with ten seconds left and we are now losing by one are point gourd shoots a three and misses I get the rebound and miss the shot but I got fouled so I get two free throws I the crowd is going wild trying to get me to miss and I do miss my first shot and the other team called a time out. I get back to the line and make the shot the game is tied and ewe have they have the ball they miss there three pointer and we get the ball they quickly pass me the ball and I get fouled agin but this time I miss both of my shots and the game heads into overtime in over time the other team played great defines and we got down by a lot early but we hit a two threes that got us the two point lead with ten seconds left the other team goes down the courts shoots the three and makes it the game is over we lost.

A hook shot kisses the rim and
hangs there, helplessly, but doesn’t drop,

perfectly, gathering the orange leather
from the air like a cherished possession

who looks stunned and nailed to the floor
in the wrong direction, trying to catch sight

of a high, gliding dribble and a man
letting the play develop in front of him

in slow motion, almost exactly
like a coach’s drawing on the blackboard,

both forwards racing down the court
the way that forwards should, fanning out

and filling the lanes in tandem, moving
together as brothers passing the ball

between them without a dribble, without
a single bounce hitting the hardwood

while the power-forward explodes past them
in a fury, taking the ball into the air

by himself now and laying it gently
against the glass for a lay-up,

but losing his balance in the process,
inexplicably falling, hitting the floor

with a wild, headlong motion
for the game he loved like a country

and swiveling back to see an orange blur
floating perfectly through the net.
By
Edward Hirsch

This is one of my favorite poems because it is shows how playing basketball game can be like. When you read this poem it makes you feel like you are actually watching the game. I also think this is one of the best basketball poem published. 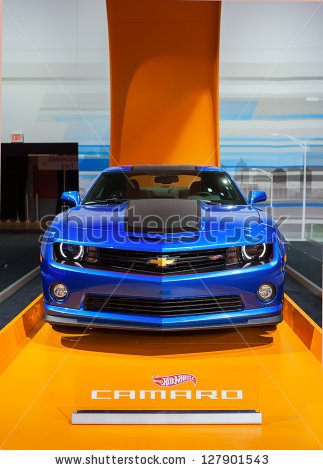 When I was little I could not do with out my millions of hot wheels cars. At the time I thought they where the fastest and best cars in the world. It was the most wonderful thing in My life I played with them for countless hours. All of the cars had different coolers wheels and sum of the even had flames going down the side of them. While I had them all I wanted to do is play with them with my friends. And my favorite thing to do with them was to race them down are drive way and I would always hate when I lost the race. It was my favorite childhood toy. I think out of all the toys in the world hot wheels are the beast. Without them my childhood would not be the same.

My Heart dropped down to my stomach. Oh my god that’s my dog? I think as I see a small figure running through the street. Why did I leave the door open.
My heart was beating faster than the speed of light – louder than a sonic boom. Bialy my dog was sprinting fast – very fast towards some neighbors she suddenly stopped to sniff and climb on each individual neighbor I was so close to catching her I could pad feel her soft fur in the warmth of my hands. A spark of hope ran through my mind “I AM FInNALy GOING TO CATCH HER!” Just inches away from having her in my arms until… She bolted down the street , escaping my grasp. My eyes flew wide open in shock. No matter how far away she was I kept sprinting sin waves cut down threw my skin as I ran up the never ending hill. That felt like a mountain. As I finally get to the top of the hill I see my dog waiting for me at the park gates asi finally pick her up. I was so happy as I start to think if I only would of shut the door none of his would of happened.
I was so relived that I finally fought her and now I know I have to pay more attention to the things around me.

7,6,5 The championship is on the line there is five second left in the game I am thinking will we score a touchdown to win us the game. He snaps the ball the time is now ticking away I here the crowd shouting 4,3 we are now really running out of time the quarterback drops back and nobody is open so he just throws it up for one of is wide receivers. Will he catch it.

The time is ticking down and the player dribbling down the court. He shoots basketball is enjoyable.

High scoring games are always fast pace. keeping you glued to the game. For example, in championship games players play fast and we’ll.making the game more exciting. Yes, yes, no, no, constantly cheering at the fast paced game. People who like fast pace scoring games. Basketball is enjoyable.

Another reason is when the time is winding down and when you make a step back fadeaway three for the win it makes you feel like a champion leading your team to victory. It feels great when the fans cheer for you when the shot goes in and hearing the other teams fans in shock from losing. Game winning shots make Basketball suspenseful wanting to watch every last tick on the clock.

For people who like seeing the ball ark in the air and swoosh and high scoring fast pace games like me basketball is exciting and it helps you fight to win.

The man right in front of me I am thinking I can’t do this I am to tired. there is sweat everywhere on me and is dripping off of me my heart is beating faster than it ever has before the man in front of me is starting to get tired and slow down I am thinking now that maybe I can pass the man in front so I start sprinting faster than I ever have before I pass him. I here cheers from every where as the crowd goes wild I win – I really win I can’t believe it there is lots of thoughts going threw my head but I won.